Maree Montgomery is known as Australia's 'First Lady of Swing' because of her style and recordings. Her enduring talent is well showcased in her singing performances where she reminds us how Pop can swing and Jazz can cook, always displaying this with her unique and sultry Montgomery flavour.

In her recordings, Maree has always been accompanied by leading Australian musicians, giving her voice the rich backing she deserves, which ensures every album is fresh and intimate to this very day.

With a wealth of experience, Maree breathes life into commercial music. She displays passion and artistry as a song stylist. This is evident whether seeing her appear in concert or performing cool swinging jazz. She does it all with great conviction drawing from a broad repertoire of rich material from artists such as Michael Bublé, Natalie Cole, Michael Jackson, Diana Krall, Laura Fygi, Ella Fitzgerald and including a string of hits by Dusty Springfield.

Maree is a sophisticated communicator, modernising the sounds of evergreens and popular music, knowing how to entertain with her music.

"SWEET 'N HOT", her third album, is a stunning recording with a distinct Jazz Swing feel, with great classic songs and original songs written especially for Maree. The original song "Sweet 'n Hot" written by Paul Baker, who also produced this album, was nominated for an APRA Award for Best Jazz Composition.

The song "Sydney, the Place to Be", written by John Parks, was another featured song on this album arranged and performed by the renowned Ed Wilson and his Big Band. The song became the signature tune for Radio 2GB Sydney for three years.

In the Sydney Olympic year 2000, Maree performed this song to an audience of 80,000 for the Olympic celebrations on a magical night at Darling Harbour in Sydney. The song continued to receive radio exposure during that period throughout the world – in Australia, Europe, England and America – confirming that this album is of the finest musical quality.

Several of Maree's recordings are featured on the Qantas international in-flight entertainment program.

Excellent reviews are always received with Maree's recordings, describing her as "Soft and sultry – the Montgomery style", "Jazzy and Bluesy, both with pizzazz and sensitivity", "Rich and sensuous", "Sung right from the heart", "The lady has some voice, sort of red-hot, cool and jazzy all at once – a knockout", "Montgomery is a singer of style and quality, always sharing the stage with brilliant musicians".

During her recording years Maree has had a multi-faceted and two-fold career heading her own promotion business, being a producer of extremely spectacular fashion extravaganzas where her shows have earned her the reputation of 'Best in town', displaying great choreography, music, staging designs, fashion co-ordination and compering, all under the direction of Maree. These parades became roadshows, touring capital cities for major shopping centres, convention launches and charity functions, giving great entertainment to the public, building respect in the business world and creating work for people. Her clients included Westfield Shopping Centres, Lend Lease, Girvan Bros, Revlon, Alltex International and Roselands. She has also produced shows at the Sydney Town Hall for the Lord Mayor's Charity Fashion Spectacular.

Apart from a busy working life, Maree has always given back to the industry, working freely for many years as a consultant for the Talent Development Project (TDP), encouraging young performers to learn the 'Art of Show Business'.

The glamour side of Maree's career, apart from all the hard work behind the scenes, has seen Maree perform through the years on national television, at the Sydney Opera House, jazz festivals (including the Manly International Jazz Festival), Supper Jazz Clubs in 5-star hotels, five years for the Inter-Continental Hotel (top of the Treasury Cocktail Lounge), also the Regent/Four Seasons Hotel, Sydney, luxury cruise ships and the Australian club circuit.

Maree tours South East Asia on regular trips performing in 5-star hotels in Singapore, the Hilton Hotel in Taiwan, Sheraton Hotels in India, the Oberoi chain of hotels in Mumbai & New Delhi, and many more.

Maree has also performed at the Taj Palace Hotel, New Delhi and The Crowne Plaza Hotel in Beijing for a 7-month contract in China, mastering the art of singing in Mandarin/Chinese, while performing during the 2008 Beijing Olympic Games and performing to the huge audiences of the official Olympic CNN/NBC American Press broadcasts.

A summary of Maree's career has been built on her versatility and ability to re-invent herself as she reaches out to a wider audience, because she can swing between a 'Popular Singer' and a 'Jazz Singer', performing songs such as "Can't take my eyes off you", "New York New York", "Over the Rainbow", "What a Wonderful World", "You don't have to say you love me" – then Maree can swing like crazy into a hip version of the song "Hit the road Jack", Lionel Richie's song "Hello", and Michael Jackson's hit song, "Billy Jean", displaying how she puts a new stamp on all wonderful songs making them her own, a hallmark of great art, and she is extremely passionate – an outstanding technique developed throughout her career.

Combining her musical talents with sensational stage clothes, so much glamour and all especially stylised by Maree, you have a TRUE BLUE ARTIST.

Maree is still very active as a consultant for the up-and-coming young talent of the Talent Development Project at the Sydney Entertainment Centre, and also works privately for students developing their stage craft.

Since the current release of her recordings on iTunes and BigPond, she is once again receiving radio airplay throughout Australia, Germany, BBC London UK, and the USA. Maree can perform live in concerts as a solo performer or with her selected musicians as a duo, trio, quartet, and also as a show compére.

Available for bookings for:

Maree is an entertainer who comes with outstanding credentials. Her style is timeless and she will always be in fashion as she is in a class of her own and will always remain ... Australia's 'FIRST LADY OF SWING'. 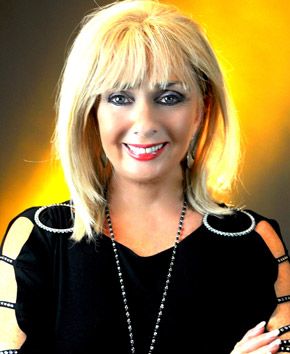 CDs on sale at: