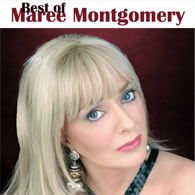 This album is a combination of well known songs selected from Maree's various albums, setting the mood for an intimate evening of after 5 music displaying passion with rich sensual vocals highlighted by the artistry of great musicians. "Montgomery is a singer of style and class", wrote Dick Hughes from The Bulletin with Newsweek. Songs that stand out on this album are "My Funny Valentine", "Misty", "Close to You" and "On Broadway". All this music and more are classics. 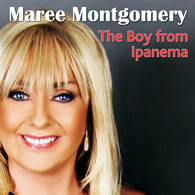 From high energy Bossa Nova music and then into swing as its best, these songs are a musical treat. 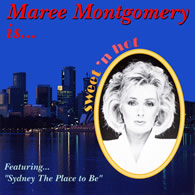 Sweet 'n Hot is a stunning album with a distinct jazz swing feel, great classic songs and seasoned the list with some new songs, "Mack the Knife" "The Man that Got Away" and "Sydney the Place to Be" are songs where Maree is backed by the Ed Wilson Big Band, featured pianist Ray Alldridge accompanies Maree brilliantly "The lady has some voice, sort of red -hot, cool and jazzy all at once". The album produced by Paul Baker who also wrote the theme song "Sweet ‘n Hot". Maree's performance is sheer entertainment especially when she is accompanied by Australia's leading musicians. This album is "jazzy and bluesy both with pizzazz and sensitivity" it really makes it a listening pleasure.

Buy a copy of this CD by contacting Maree

Sydney The Place to Be 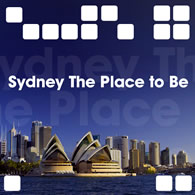 A spectacular arrangement of a great song beautifully performed by Maree and the renowned Ed Wilson Big Band,"this song is sung right from the heart" and was performed to an audience of 80,000 for the Sydney 2000 Olympic Games at Darling Harbour (Sydney), confirming this is of the highest musical quality.

When you combine "Australia's first lady of swing" with 18 of its finest jazz musicians you get ‘Woman of Mystery’. Ms. Montgomery brings maturity and a feel to this collection of originals and classics that best describes this album as "world class". Featured songs "Fever" "God Bless the Child", "Peter Gunn" and "Lovers", swing like crazy. ARIA nominated for best jazz album will indicate the high standard of music. 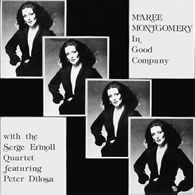 This is the debut album of Maree Montgomery who has what it takes – an original sound, an individual approach to a lyric and a personality that comes right out and says “hello”. Whether she is singing in a laid-back, funky groove or wordless vocal flight Maree mesmerizes. And she is really in good company; The Serge Ermoll Quartet provide excellent backing with Peter Dilosa trumpet fills a joy.